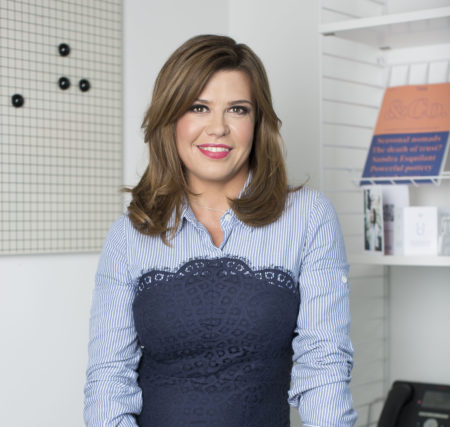 Job Today offers an online solution for a market that traditionally relies on offline methods: casual jobs. “Most small and medium-sized businesses in traditional industries such as hospitality or retail are hiring offline which means that most of their open positions remain “invisible” to a new generation of jobseekers,” says Polina Montano, the start-up’s co-founder and COO. “Job Today is bridging that gap. We offer a unique hiring solution that connects millions of young jobseekers to open vacancies in local businesses around them.”

The app brings jobseekers and employers together in a matter of seconds, and 70% of the employers using it find the right match within 24 hours of posting the job. Until now, the company has processed over 100 million applications and counts Costa Coffee, Pret A Manger and EAT among its regular customers.

Job Today was created in Luxembourg in 2015. “To us, it actually feels like it has been way longer than three years,” says Ms Montano and highlights some further achievements of the fledgling start-up: 5 million registered users and over 500,000 companies calling on the service for their hiring needs. The app has so far been launched in Spain and in the UK. Its positive development convinced prestigious venture capitalist 14W to join JOB TODAY’s previous investors, which notably include Californian Accel and Luxembourg-based Mangrove Capital Partners.

The new funds obtained from 14W will, in particular, be used to expand further on the UK market, where hiring opportunities are expected to increase even further after Britain leaves the EU in 2019. “The casual job market is often the first to experience the effect from macro-economic forces and Brexit will mean that many non-skilled and non-British workers will leave the UK,” says Job Today’s co-founder and CEO, Eugene Mizin, who counts on a subsequent increase in the demand for the company’s services.

From Luxembourg to the world

The company is also planning to reach new markets in 2019. “Work is a vital need for all of us, and we are confident that we can bring value to both jobseekers and employers across the world,” Ms Montano points out. “We are considering a number of main European markets as our next target.”

Nevertheless, Luxembourg remains the home base of the company and hosts its headquarters as well as its engineering, design and business analytics teams. “Luxembourg feels like home to us,” explains Ms Montano. “The country benefits from a convenient location right in the heart of Europe, and we see a lot of support from authorities and the local ecosystem. The number of initiatives promoting and supporting innovation is truly remarkable for such a small market.” She also highlights the easy access to multilingual talent, which is important for the company that counts 10 nationalities among its team of over 50 employees.

We are confident that we can bring value to both jobseekers and employers across the world.

What are then the keys to success for such a fast-growing start-up? “Internal communication is crucial for the success of a growing company, in particular when the growth is taking place internationally and you are working with teams in different locations,” says Ms Montano. “Don’t take it for a given that everyone in the team knows exactly what is expected of them and why. Conscious work and a structured flow of information are needed to make sure everyone is on the same page.”

Setting your priorities right is also essential as a start-up rarely has enough resources to work on all its brilliant ideas at the same time. “It is vitally important to pick your battles and choose that one challenge that is really going to move the needle for your business right now. Trying to do more than one thing at once will just put a strain on your time and resources,” Ms Montano concludes. “In other words, do less but do it better.”