Luxembourg has 12th best young university in the world

The Times Higher Education Young University Ranking lists the best universities in the world that are 50 years old or younger. The listing is based on the same performance indicators that are used in the renowned THE World University Ranking, but the weightings have been adjusted to put less emphasis on reputation. 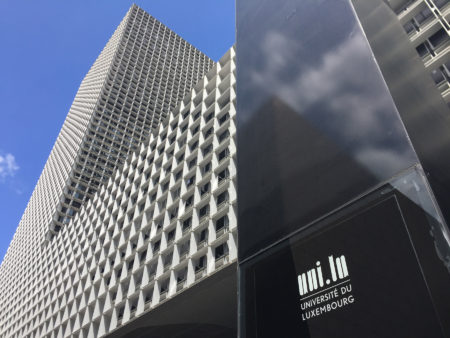 Luxembourg ranks 12th among the 414 universities included in the study. The young institution, founded as late as 2003, stands out in particular for its international outlook, for which it scores 99.7 out of 100.

“The university is well known for providing multilingual programmes in French, German and English and several master’s and doctoral programmes are taught entirely in English,” comments the study. “It is regarded as one of the most international universities in Europe with students coming from about 120 countries from around the world. All undergraduate students are expected to spend a semester abroad and the university collaborates with nearly 90 universities around the world.”

The research-oriented university focuses in particular on computational sciences, biomedicine, European law and educational services. It also scores high in terms of citations (75.8 out of 100).

On the global list encompassing all universities regardless of their year of foundation, the University of Luxembourg is among the 250 best universities in the world.